After decades of service, Alan Romine has retired from his position as the Superintendent for Falls City Utilities. The entire city is grateful for his years of service, the dedication he brought to his job, and for keeping the lights on in Falls City.  Replacing him is Ray Luhring, the former General Manager of Clarksdale Public Utilities in Clarksdale, Mississippi. Ray comes to Falls City with thirty years of experience operating and managing utility companies. A native of Nebraska, he has lived all over the country but Nebraska has always beconned, calling him home. 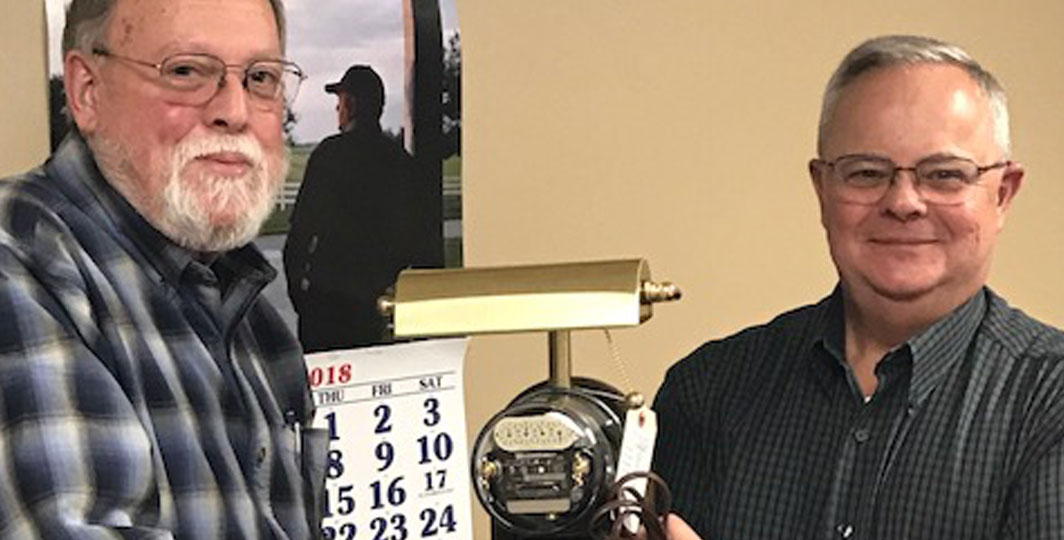 Ray was raised with an appreciate for the land. Whether deer and pheasant hunting or working on his uncle’s farm, SE Nebraska was a major part of his upbringing and he always knew this was where he wanted to finish his career and to eventually retire. When he heard of the opening in Falls City, he jumped at the chance to come back and be close to family. Upon moving, he found something even better than expected.  “The outpouring of friendliness has been remarkable. I haven’t found anyone who hasn’t gone overboard to help me or to point me in the right direction. Moving to Falls City has been extremely pleasurable. It has changed my outlook on life again and I am pleased to be here, to become a part of this amazing community.”

How will things change with Ray at the helm?

According to Ray, not very much - at least not right away. “I am a wait and see guy because I like to see what is working well and observe what isn’t working well before coming in with changes.  Alan did a great job and they have done things well here. As I observe things that can be done more efficiently, we can make those changes as we go along. However, it is important for me to keep our staff and employees at ease. I am a hands on guy. I like to know all my employees, whose working for us and what we do before making any changes. Also, I owe Alan a huge amount of gratitude because I got to work with him for two months before he retired, which has made the transition much easier.”

What’s next for Falls City Utilities

The new generator should be commissioned some time in mid-April. Employees have been to Florida for training and now FCU is in the process of obtaining the final permits and approvals. Once ready, they will have an open house so the public can see what their money pays for and what benefit it brings to the people who live in Falls City. “Any time we do a major capital improvement project our customers need to see what their rates pay for and know that we are looking out for them and prioritizing their interests while being conservative about how money is spent” said Ray.

The new generator is rated at 9.3MW and could be used to run the entire city, depending on the load. On a daily basis, the generator will not run because Falls City Utilities purchases electricity off the market. This is a “radial feed community” who receives most electricity from Omaha Public Power District. While generally reliable, if OPPD took the line out for maintenance or if a storm or tornado took out part of that line, Falls City would go dark until OPPD got their system up and running. The new generator is insurance against that and provides the community with a sense of assurance that will have electricity no matter what happens.

Ray commented, “Once commissioning of the generator is complete, we will make an announcement and set up an open house so people can speak with myself, the mayor, city manager, power production manager etc. We are incredibly fortunate to have a generator like this in a town of this size and look forward to sharing this success with the people of our community.”

Anyone who wishes to welcome Ray to Falls City or has a question about the new generator, can email him at r.luhring@fallscityne.us