Falls City, Nebraska has a rich history of being a community who prides itself on freedom, seizing opportunities and continued growth. Falls City was founded in 1857 and in 1860 it became the county seat of Richardson County. Agriculture, industry and the railroad, came to define the city as it grew from a small pioneering community to a regional hub for transportation, banking and education.  As the center for trade in Richardson County, Falls City was home to lawyers, politicians, artists, educators and businessmen.

As a city in a four-state corner that is easily accessed from Kansas, Missouri and Iowa, Falls City has historically attracted visitors and businesses from a four-state region, something that has further contributed to the city's historic growth and sustainability.

The Falls City Commercial Historic District was placed on the National Register of Historic Places in 2013. Throughout the city, there are historical buildings and sites that commemorate the rich history and industrial diversity of the areas. For example, there is a historical marker identifying the site of Nebraska's first producing oil well. Other important historic buildings include:

Many talented artists like Alice Cleaver, John P. Falter and Allen Tubach have called Falls City home. These renowned artists found inspiration in the beauty of Falls City and the many activities taking place while they called the city home. The city’s artistic history has inspired modern artists as well and has resulted in the creation of public art. For example, in the city’s mini-park, there are three 40-foot murals depicting Falls City’s history from 1850 to 1984.

In the historic Grand Weaver Hotel there is a mural of Nebraska roadways prior to Interstate 80 that was painted by a local artist and can be viewed in addition to memorabilia from the hotel's past.

Over the decades, talented architects and craftsmen have used their skills to create remarkable buildings that now grace Falls City’s landscapes. To truly appreciate the architecture and history of the city, visit downtown Falls City. The downtown has been undergoing a revitalization and is home to many businesses, restaurants, the historic Grand Weaver Hotel and so much more. Visiting downtown is an excellent way to spend the afternoon, an evening out with friends or the weekend. When visiting be sure to visit Falls City’s historic buildings, view public art and enjoy the rich history that has contributed to the city’s continued growth and vibrancy. 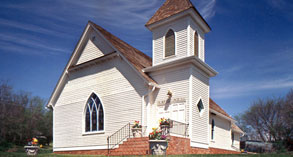 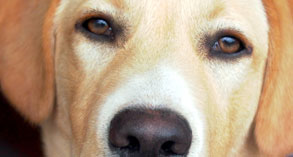 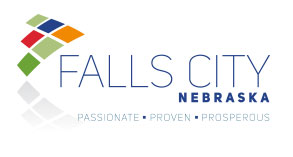